In the program Mr. Surya Bahadur Thapa welcomed and highlighted the objective of project. He added that if these programs got succeed then these kinds of action oriented research projects could be replicated to mitigate small landslides as a piloting in many places too.

After the presentation and sharing of participants, the floor was open for discussion and response. Participants raised various concerns, queries about the legal provisions of disaster risk management and suggest about the other mitigations. Participants thanked for this kind of project.

Mr. Raju Gurung closed the program by thanking all panelist for their presentation and sharing’s. He also requested DPNet, SSICDC and Care Nepal for expansion of these kinds of project in other parts of Siranchok. He thanked for practicing piloting in Siranchok Rural Municipality and Siranchok Rural Municipality is ready to support partially for these kinds of projects. He also thanked DPNet, Care Nepal and SSICDC for the collaboration to organize the program and announced the closing of program formally. 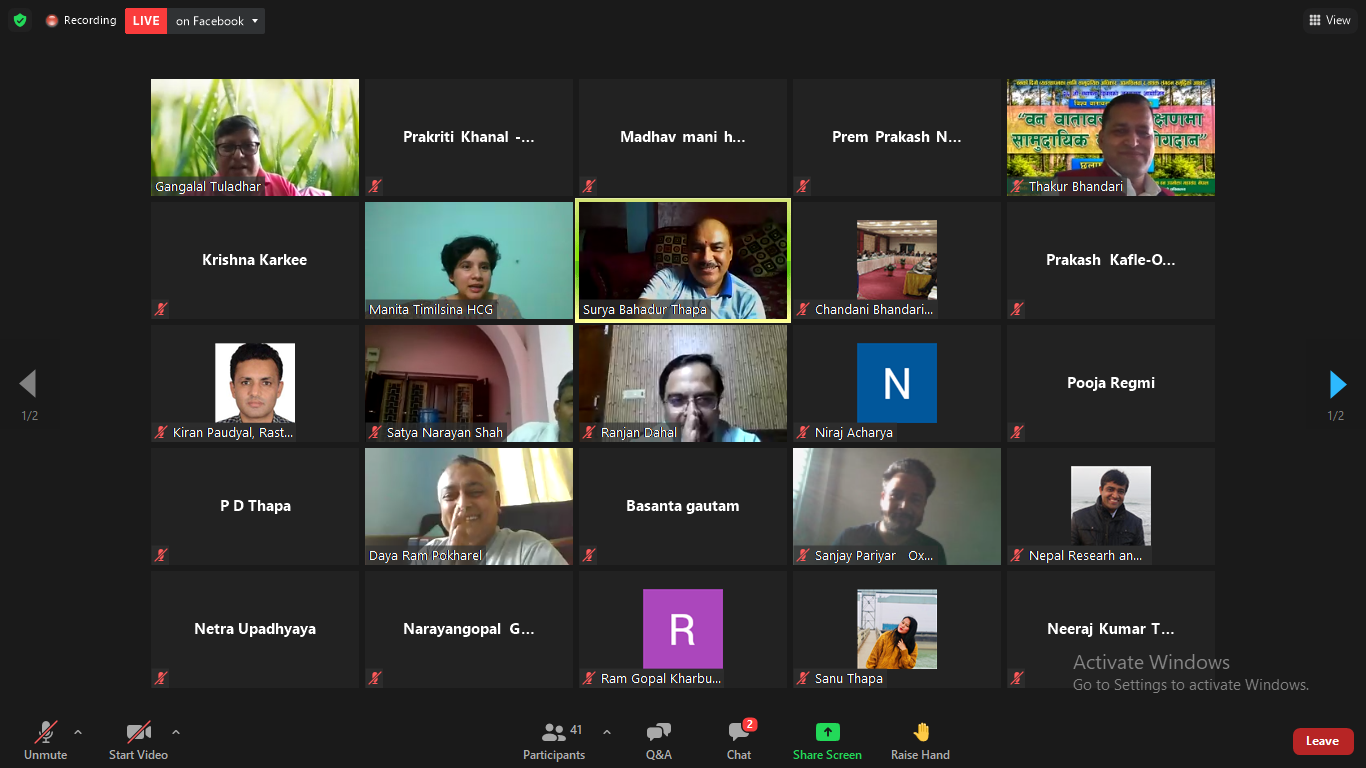 DISCUSSION ON “DISASTER AND CLIMATE CHANGE IMPACTS ON CHURE WATERSHEDS; ROLE OF LOCAL AND PROVINCIAL GOVERNMENT FOR CONSERVATION AND RESTORATION STRATEGIES” 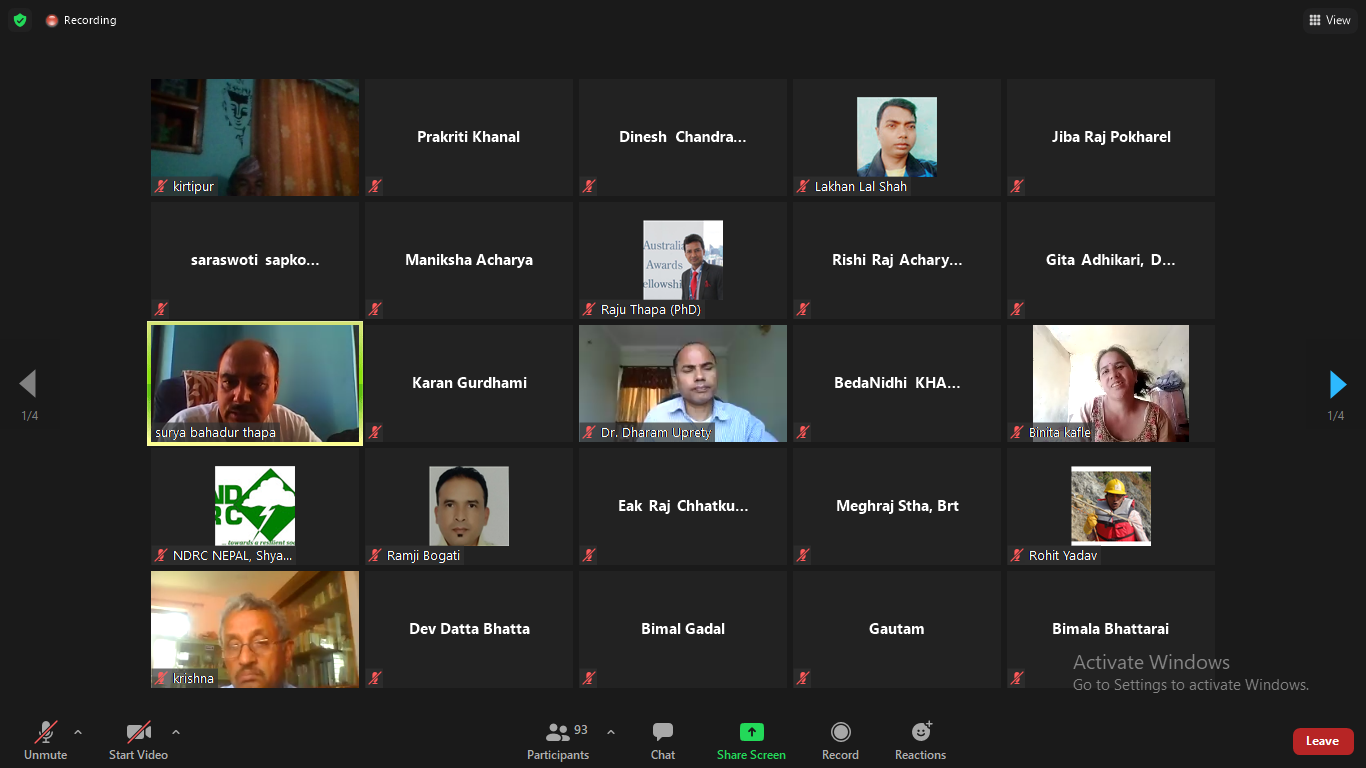 WEBINAR ON “CLIMATE RISK AND RESILIENCE IN NEPAL, EXPERIENCE OF WORKING WITH COMMUNITY” 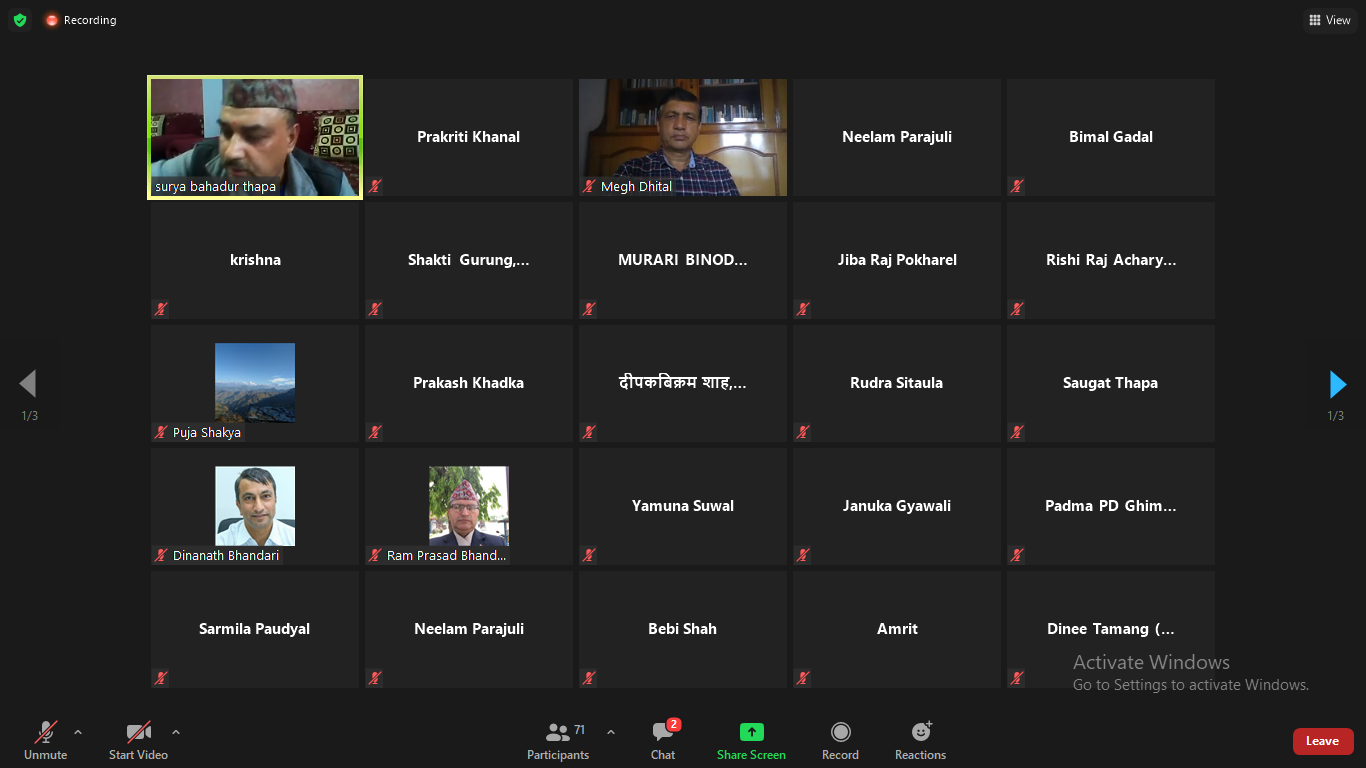