National Platform for Disaster Risk Reduction (NPDRR) is a common platform of organizations working in the field of DRRM for developing a common understanding of the issues of disaster risk reduction and management, policy advocacy, coordination and advice on priorities of DRR&M. NPDRR in Nepal, the nationally owned forum is led by the Ministry of Home Affairs (MoHA). The platform chaired by the Secretary of Home Affairs was formed on 2065 B.S (2009 AD) with reference to the guideline of Secretariat of the United Nations Office for Disaster Risk Reduction. The consultative workshop on the National Disaster Management Platform held on 24th October 2013 had decided to provide the role of secretariat of the National Platform for DRR to DPNet-Nepal. As per this decision, as a secretariat, DPNet Nepal has been continuously working for coordination, networking, and collaboration with GOs, I/NGOs, donor agencies, UN agencies, private sectors, and academia. SOP of NPDRR does exist, however, the review of the SOP for operating the Secretariat of NPDRR is often felt by the Secretariat and stakeholders as well.

In light of this context, a National level meeting was organized to discuss the agendas including the progress and future plan of the platform, SOP of NPDRR and to strengthen the coordination with wider stakeholders. The NPDRR meeting coordinated by DPNet-Nepal was organized by MoHA on 26th December 2019. Altogether 105 representatives from various sectors including Governmental agencies, security sectors, I/NGO, UN agencies, donor agencies, private sector, media, and academia participated in the NPDRR meeting.

Proceeding of the event

The program was initiated with the chairing of Mr. Prem Kumar Rai, Secretary of MoHA. Mr. Anil Pokhrel, Executive Chief (CE) of NDRRMA, Ms. Indu Ghimire, Joint Secretary and chief of Disaster and Conflict Management Division MoHA and Mr. Surya Bahadur Thapa, Chairperson of DPNet-Nepal were present in the meeting. After the chairing session, the program was followed by presentations.

Mr. Raju Thapa, General Secretary of DPNet-Nepal shared the presentation entitled “Annual activities and action plan of the secretariat of NPDRR”. He presented the brief history of NPDRR, the major activities of the secretariat in 2019, a brief introduction of 'online resource center', and proposed plan for 2020.

Mr. Shambhu Regmi, Under Secretary of MoHA, shared the presentation about the draft NPDRR SoP Guideline. In his presentation, he shared the section-wise major provisions of the guideline.

Various concerns were raised by the participants in the meeting basically focusing on the provisions listed in the NPDRR guideline. They also shared their concerns that there should not be any contradiction between the roles and responsibilities of NPDRR and NDMA. The major concerns are as below:

Ms. Indu Ghimire, Joint Secretary and chief of Disaster and Conflict Management Division MoHA in her remarks stated that the feedback received will be incorporated in the guideline with reference to the suitability, need and priority. She also said that NPDRR is not an implementing body, so better not to forget about the platform and secretariat is needed to link these all. Furthermore, she added that the localization of NPDRR is a sensitive issue, we cannot enforce the provincial and local government to form the province and local level NPDRR, so we are making guidelines instead of directives. She concluded her remarks stating that NPDRR is a loose forum and requested the meeting participants to provide their feedback, what to keep in roles and responsibility.

Mr. Surya Bahadur Thapa, Chairperson of DPNet-Nepal, said that NPDRR will try to work together with wider stakeholders, and we are very clear about the roles and responsibilities of NPDRR. He also added that it’s not an implementing body, but a place for coordination and networking to disseminate good practices, knowledge management, and information sharing. Furthermore, he added that Nepal has a good practice of having united voice among government and non-government agencies in international forums. He also congratulated, the newly appointed CEO of NDRRMA for his successful tenure.

Mr. Anil Pokhrel, CEO of NDRRMA said that we are taking the collective effort, practices and learning in the global forum. He also prioritized three themes, understanding risk, GESI integration and education based on the discussion of the meeting and requested all to prioritize themes for working collaboratively. He also focused on making a virtual presence rather than limiting in physical presence and requested all to make DRR&M every body’s business. Furthermore, he added that informed dialogues and discourse can make this vibrant. He also requested the participants to go through the draft NPDRR SoP guideline and provide their feedback. He concluded his remarks stating that how we can work to make a model at the regional level and shared his commitment to this, with the support of everyone.

Mr. Prem Kumar Rai, Secretary of Home Affairs, stated that we will take the suggestions and incorporate accordingly and receive the feedback before finalizing the guideline. He also talked about the separate space for the platform and said that by the Nepali New Year there will be a separate building for NDRRMA and where there will also be a space for the platform. Considering the access of the public, the authority will be outside of Singha Durbar. Similarly, he added that before we used to focus on disaster only during the time of disasters, but now we have prioritized our work with prompt response and preparedness and we will continue this motion.

Furthermore, he added that the CEO is studying the organizational structure with reference to the O & M survey and said that though it’s difficult for the CEO to work with bureaucracy, he should establish a linkage with line ministries and all three tiers of government. Similarly, he said that the MoHA and the team are committed to providing full support to the CEO. CEO can work independently but when needed we will be there to support.  For this organization’s linked with DPNet-Nepal, security agency and all tires of government should support. He also said that we should focus on preventing and mitigating disaster risk and we need to develop a mechanism for funding and can include academic sectors in research and study.

He further said that from now onwards, the CEO will chair the NPDRR. He also requested everyone to focus on integrating and not to duplicate activities. In his concluding remarks, he said that this is the last meeting in the presence of the Secretary and suggested that it would be better to take NPDRR as a forum for knowledge sharing and coordination. He thanked everyone for their presence and inputs. 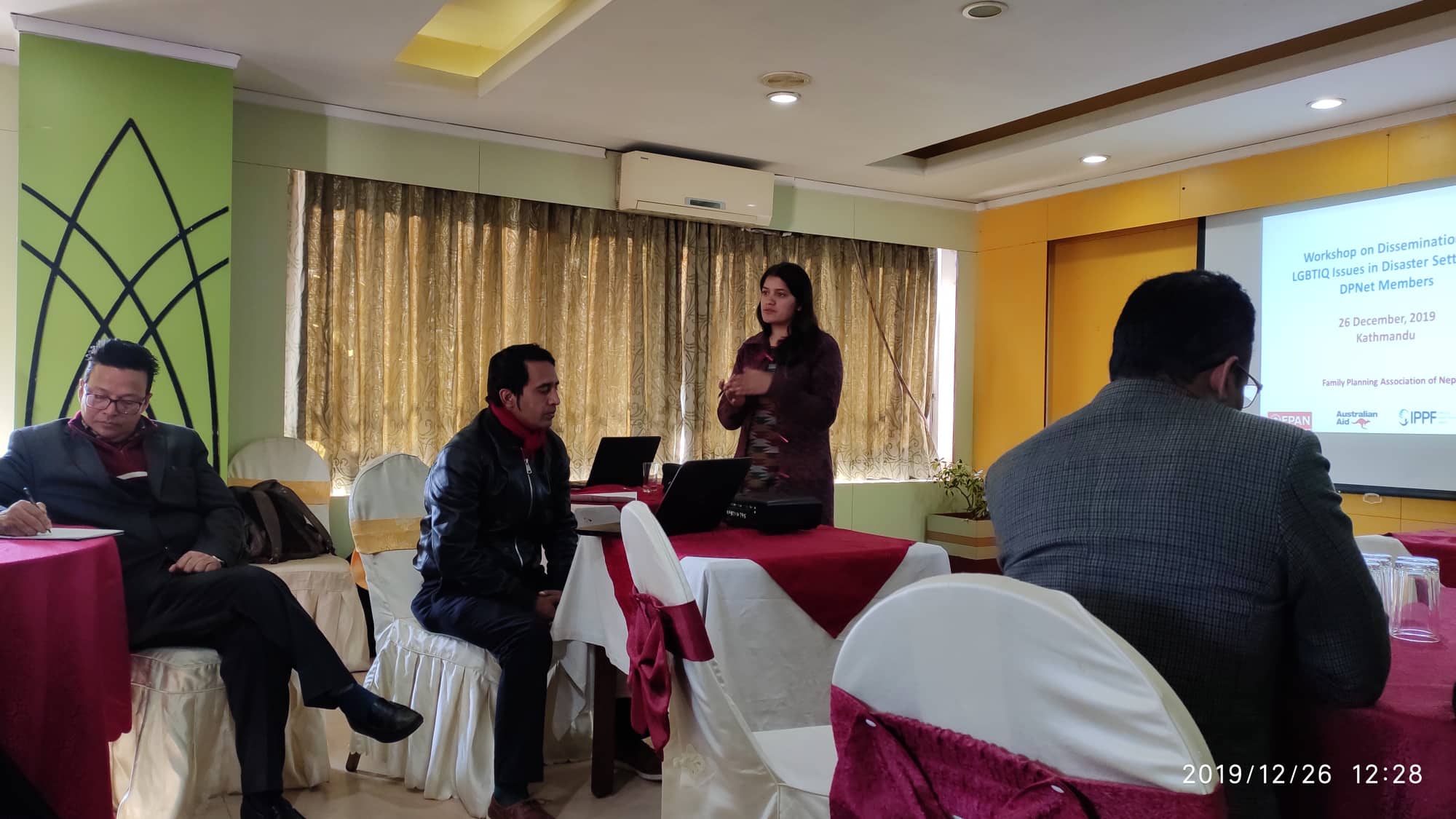